Retail stores in the U.S. are undergoing a downsizing that would make Marie Kondo proud.

That the country is overstored is old news. In 2019, more than 9,300 stores closed, according to Coresight Research. That’s up from 5,844 stores closing in 2018. These numbers are the foundation for the so-called “Retail Apocalypse.” But it’s really just a much-needed reset. Too many stores opened, too close together, with little differentiation between them. 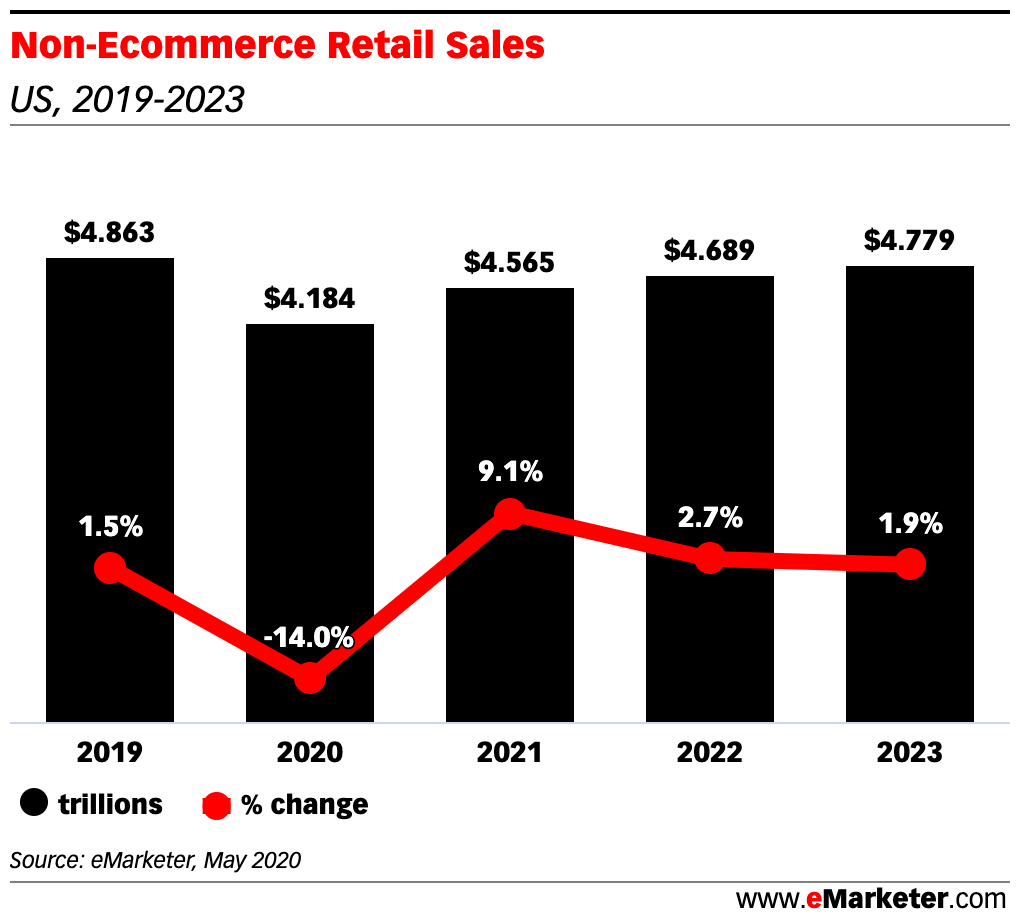 The coronavirus pandemic crisis only accelerated the inevitable, in any case. The decline and fall of JC Penney, Neiman Marcus and may others would have happened eventually. Covid has ripped off the bandage of slow decline.

Brick and mortar retail will recover, or at least the strong retailers will. But ecommerce will play an outsized role from past years.

Online sales are up since the COVID-19 pandemic began, with May sales up 24 percent compared to April, and April sales up 37 percent compared to March. In June, 45.6 million US households used online grocery services, according to Brick Meets Click/Mercatus Grocery Survey which conducts a monthly poll of online shopping behaviors.

Customer satisfaction is poor, with only 57 percent of online shoppers saying they would be willing to use the service again within 30 days. Some of this is owned by the retailer, but market leader Instacart is responsible for most of it. Retailers using third-party services like Instacart would be wise to review shopper satisfaction and determine if outsourcing the relationship is creating more problems than it solves.

For retailers, the future is clear: it’s not brick and mortar, and it’s not ecommerce. It’s both. Shoppers expect to have that choice, and it might be different tomorrow than it is today. That will require seamless connections from physical shelf edge to virtual shopping cart.

For retailers, the future is clear: it’s not brick and mortar, and it’s not ecommerce. It’s both.

Most retail technology put in place over the past 50 years has been to serve the retailer, not the shopper. UPC scanners, supply chain improvements, loyalty programs, and especially self-checkout. All were developed and deployed to reduce labor costs (including getting shoppers to take on the labor), gather more data, and allow more effective marketing. If shoppers benefited, it was a happy accident. 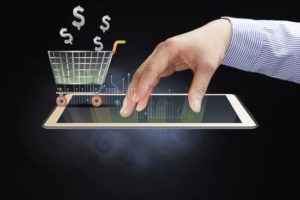 But now there is a real push from shoppers to go where supermarkets have feared to tread: fully connecting the online and offline experience. Shopping lists, real-time inventory, elimination of paper coupons; all will benefit shoppers at least as much as retailers.

Webvan and Home Grocer were the first ecommerce providers. Like Instacart, they weren’t connected to a specific store. Webvan bought Home Grocer and then went down in flames after squandering billions in funding.

The challenges that brought Webvan down still loom large: transportation, three-temp holding, traffic. That’s all after the order has been picked, either in an operating store, a “dark” store, or a purpose-built warehouse. Making money after addressing the myriad logistical hurdles remains an unsolved problem. That’s why most stores have invested in the BOPIS (buy online, pickup in-store) model. It avoids the Gordian knot of delivery issues.

It’s time for the retail food industry to take seriously closing the gap between offline and online shopping. There is no going back to pre-Covid business rules, and post-Covid shoppers won’t forget what they’ve learned.