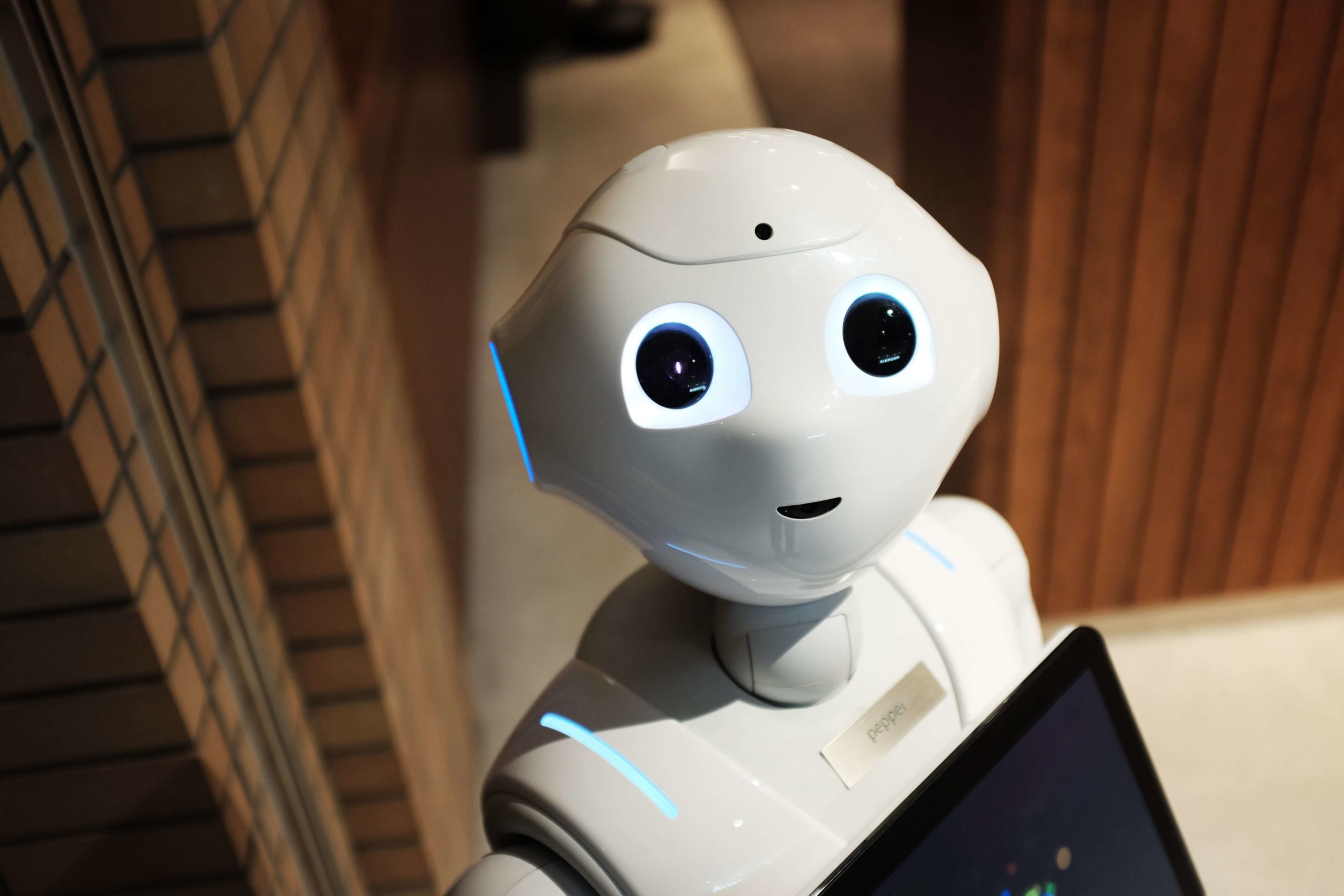 Technology has been invading the retail space for years with a promise of easier, faster, better. But for whom? Has retail technology actually improved the shopping experience for shoppers?

Grocery shopping used to be a simple endeavor. Go to the store, get a cart, traverse the aisles, pick out what you want, checkout, leave. That’s been the process for over 100 years since the first Piggly Wiggly opened in 1916.

That’s still the basic process for most shoppers. But over the past 50 years technology has been brought into that process with the promise of improving the shopper experience. That’s what shoppers were told. But none of the added retail technology has really improved the experience for shoppers.

Amazon’s Go platform promises to eliminate checkout altogether, but it’s only available in a few stores. Amazon is happy to license it (as are some other providers), but the costs and complexity create a high hurdle for most retailers. Even so, it’s been big news in the industry.

Now Amazon has revealed its “Go” shopping cart, essentially a mobile version that weighs, scans and charges. Unlike the 7Fresh carts in China, it won’t follow you around the store.

Kroger developed QueVision, a proprietary solution that tracks shopper density throughout the store and alerts the front end manager when a crowd is about to descend on the checkout. But it’s only as good as the manager in charge and how many backup cashiers are available. Kroger is open to licensing this technology through its Sunrise Technology subsidiary.

The supply chain has been one of the greatest beneficiaries of technology. Walmart – still the world’s largest retailer – is really a logistics company that provides products directly to consumers. In the process of streamlining the supply chain it’s removed significant costs, which the customer has shared in the form of lower prices. But Walmart suffers from an out of stock problem measured in billions of dollars. Out of stock rates hover at roughly eight percent across FMCG retail, unchanged from 50 years ago.

Retail Technology in Use

The majority of retail technology is focused on two things: driving incremental sales and reducing labor costs. Both of these are very important to retailers, but not so much to shoppers. Nevertheless, the lion’s share of technology investment goes to serving these masters. Artificial intelligence (AI) is the latest shiny object for retail, but COVID-19 has changed shopper behavior to the point that the pre-pandemic data is no longer useful.

Infrared checkout scanners that used Universal Product Code (UPC) barcodes were installed in the 1970s and 1980s. These delivered a number of benefits to retailers: item-level movement, reduced checkout time, and labor reduction as prices were no longer required on each item. Marking each item – and changing those prices when necessary – was a costly process.

For shoppers, scanners were less beneficial. Pricing errors were so common that some states enacted item/pricing laws, eliminating the labor benefit. Draconian policies were forced onto stores for pricing errors: if an item scanned wrong, it was free. The abuse of these policies was rampant. States sued retailers and consumers lost trust. Today scanners are just a normal part of the store.

As scanners became commonplace – and easier to use – it also became clear that shoppers could scan their own items. Self-serve checkout began to appear in the 1990’s, not many years after gas stations went to a self-serve model. Labor costs went down as one clerk could monitor up to a dozen customer checkouts. Walmart recently opened a store in Arkansas with only self-serve checkouts.

The next logical step was providing a handheld device for shoppers to carry with them and scan items as they shopped. Albertsons tried this with “Shop and Scan” in Dallas in the mid-2000s. Later Stop & Shop in Massachusetts introduced ScanIt!, which now includes a mobile app allowing the shopper to use her phone to scan.

With the exception of Kroger’s QueVision, the standard retailer response to shopper checkout woes is to transfer the checkout task to the customer. Self-checkout (not to mention bagging) is now the shopper’s responsibility. Stores assume an increased risk of theft but it’s more than covered by the labor savings.

A different type of technology is the supermarket loyalty program. From wallet cards to keytags to phone numbers, shoppers provide a unique identifier to get the “loyalty card price” and earn free gas or Thanksgiving turkeys. A grassroots group called CASPIAN went on a publicity tour in the 90s pointing out the evils of loyalty programs, but with little result.

The real benefit to loyalty cards is the ability to capture shopper data to be used by the retailer. Massive data warehouses store everything about the trip from time and location to items purchased. Datasets are analyzed, insights derived, and marketing programs created to go after “lost” shoppers and categories or to increase trips.

Card use is mandatory to get the “card price.” otherwise few shoppers would bother. The stated benefit for shoppers is more relevant offers and information. In reality most shoppers are slotted into a pre-defined segment and treated as part of that group. Retailers need about 80 percent of shoppers to use the card in order to gather actionable data.

Retailers know what we buy, how often we buy it, what brands we like, what prices motivate us to stock up, what we’re open to try, and what we never buy. Target famously outed a pregnant teenager to her father by sending new mom coupons based on her purchase behavior.

All that data is still being used much the same way that Google and Facebook use data: as a way to sell us more stuff with targeted ads and offers.

Tech That Didn’t Make the Cut

Other technology has been less successful: kiosks, biometric payments, electronic shelf labels. Each of these has had numerous try-outs but never made the big time.

Kiosks are common in airports and hotels, taking the place of an employee for check-in. Supermarkets used them mostly as coupon dispensers and they were widely ignored. Shoppers had no interest and didn’t want to vary behaviors once in-store. Now they are cropping up in deli departments as a way to order without waiting in line.

Biometric scanners – essentially fingerprint readers at checkout – offered the ability to pay using the swipe of the finger. But shoppers had no interest in being fingerprinted by their store. Jewel-Osco experimented with them briefly, but down-time problems made the entire value proposition moot.

Electronic shelf labels, or ESLs in industry parlance, have been lurking in the wings for a generation. First introduced in the 1980s as a way to eliminate price change costs, the promised ROI never materialized. Battery life was dismal, and shoppers used to colorful paper labels hated them. Retailers like the idea of reducing labor, but not at the risk of losing sales – the fear is that plain LCD displays won’t have the same shopper impact as the full-color paper labels that hang two inches below the shelf edge. 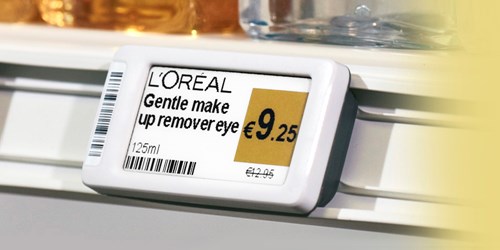 Even so, ESLs are primarily for the benefit of the retailer, not the shopper. Price change labor reduction and the ability to change prices in real-time based on time of day or other factors are the major attractions. For the shopper, ESLs require adjusting to the new look of a digital screen instead of a paper label.

Contactless payment is one retail technology that has more fans since the outbreak of COVID-19, but few stores offer it. It offers little upside for the retailer in terms of data collection or cost savings, so adoption has been glacial at most supermarkets, even though Apple Pay and its like have been around for several years. 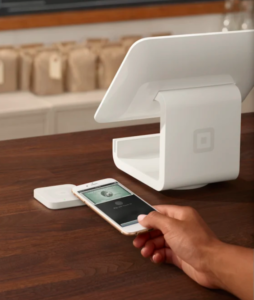 One retail technology that has kept entrepreneurs up nights is real-time inventory tracking. Even before the pandemic, out of stocks were a major problem for all FMCG (fast moving consumer goods) retailers. But no practical solution exists to solve that problem so a shopper planning a trip can see what’s on the shelf, and what’s missing.

As online shopping increases in reach and frequency, the ability to track inventory becomes of major importance. One of the biggest challenges for online shopping is out of stocks and the decision to substitute or ignore out of stocks. Real-time shelf inventory tracking is the next big problem that needs to be solved. Amazon’s Go solution includes this capability, so that might be a starting point for other stores.

Voice assistants have invaded our homes, providing weather and music, and for some, an easy way to reorder toilet paper. Brick and mortar retailers have yet to move into this space with voice-based list creation or product search, but consumers are already there using voice on mobile for search.

From the shopper perspective most of the technology in-store is hidden. The closest contact is now via online shopping which has quickly grown with the global pandemic. But the biggest change for most shoppers – other than the need to wear a mask – is the expansion of self-checkouts and the reduction of full-serve cashiers.

While retail technology pervades the typical grocery store, the shopper sees little of it. And to this point the benefits are all on the retailer’s side. Shoppers are tracked and encouraged to assume the tasks of checkout and bagging. No wonder Amazon has hit with Go – it’s the first retail technology designed to primarily benefit the shopper.